For however long it takes you to read this blog I’m going to be more honest with you than I have in a while. No we’re not taking into question what I’ve written in my blogs, it’s the Flemmings Beaubrun that I’ve presented to you in the last three months. I’ve shown you all a Flemmings that seemed to have it all together, a Flemmings that was happy and seemed like nothing phased him at all. The problem is that for the last three months I’ve been wearing a mask but as time has passed that mask has been getting harder and harder to wear. Lying to people about my emotions has gotten pretty tiring actually. I’ve gotten so fatigued about lying the last three months that I wonder how Commissioner Goodell of the NFL has been able to play that game for seven. I’ve had it with lying so I’m going to explain to you the whirlwind emotions I’ve had to juggle for an entire summer. Shit, even clowns would be jealous with all the complicated shit I’ve had to juggle. Now in my last blog post I briefly mentioned the unfortunate end of what I though would be a very promising relationship. Was hasn’t been brief however is the emotional and psychological toll this break up has had on me for the last three months. Now while I’ve developed enough coping methods and grown enough to avoid flirting with the suicidal thoughts I had to battle through the last time I was this depressed, it still has been one of the toughest summers in recent memory.

Now there are plenty of people that can easily say that everything will be okay and that there are plenty of fish in the sea. Unfortunately these are the people that can get a new girl every weekend and don’t struggle with the intricacies of small talk and flirting like I do. These are the same people that take women for granted because they know they can just snatch up another when they go out. She was EVERYTHING to me and when you find some as real, genuine, kindhearted, and as down to earth as she is, you don’t ever take that for granted, not even for a second. I never thought for one second that such a beautiful thing could end but for reasons beyond my control it did and man did it leave me devastated. A part of me saw it coming a few days prior but regardless, I just was not ready to stomach such a gut wrenching blow. I would have much rather gotten kicked in the stomach by a horse than endure the gut wrenching blow I did that day. By the time that skype conversation ended I was tempted to just lay in my bed the rest of the night and just stare at the ceiling but, I had places to go and it was in those fleeting moments that I realized that the world wasn’t gonna waste it’s time by stopping just to let sad pathetic me wallow in his sorrow. From that moment on I realized the only way I could keep trucking in a world that spins faster than the wheels on Danica Patrick’s race car was to wear a mask I got really efficient at wearing five years ago. I learned quickly in high school that very few people actually give a shit about your women woes and I just wasn’t interested in finding out who those people are.

Wearing that mask is kind of like wearing a brown paper bag on your head that has a smiley face drawn on to it. Sure you’ll have everyone fooled for a bit but at the end of the day the only person you’re doing a disservice to is yourself. I forgot to mention that when it rains, it fucking pours and when it does that paper bag becomes non existent in a sea of your emotions that can be very easy to drown in. Pain and sadness is kind of like being trapped in a glass prison, one we create ourselves. No else can see this prison and every day feels like you’re on the inside looking out. In this glass prison we constantly run away from what tears us up inside. We suppress it, put our pain in the corner and forget about it until it be comes bigger than the prison we built and it suffocates us. You can chill in that prison for however long you can endure but if you ever want a sense of normalcy in your life, you’re gonna have to shatter that glass prison and step one is just about as painful as ripping a band aid off of a hairy arm. Like pulling teeth it’s a slow and painful process and can get pretty messy. You’ve got to face your pain dead in the face and I would quickly learn that I had no choice but to do walk that lonely road.

Now food was a big part of our relationship and we ate almost everywhere together. One of the most intimate parts of that relationship was simply sharing a meal and celebrating our love of food as a couple. It seems sappy but that was a huge deal for me. Right after our break up I would walk past some of our favorite places in my travels and couldn’t help but feel my heart tear itself in to so many pieces that the couch pillow your dog ripped up would be jealous. This continued through the summer until it finally reached a tipping point. My youngest sister asked me to take her to Flat Bread Company, a pizzeria/bowling alley we took her to two years ago that she enjoyed. As a good brother I couldn’t refuse but, what no one in my family knew at that time is that that place had the biggest significance in my life. That place just happened to be where my now ex and I had our first date, it was also the beginning of what I thought would be a long relationship. Going in there triggered emotions I had buried long ago. The following days would be a whirlwind as I had to simply lie and say everything was okay while inside I was hurting grievously. It was pure internal bleeding of my emotions. I finally explained to my mother what I was feeling that night, she commended me on how strong I was for trucking even though such tough time that maybe going to that restaurant was the beginning of a healing process. I realized in that moment that it was time to face my pain put down execution style. I decided to go on a bit of a food odyssey and eat alone at the six restaurants that carried the most emotional weight in that relationship. The pictures below were taken at the places that meant the most to me. The purpose of showing these pictures isn’t to flaunt the former relationship or throw my ex under a bus nor is any of this blog designed to do this. These pictures are more of a chronicle of my healing process. Mouths will water as this is the most amount of foodporn I’ve posted but I wanted to take you on a journey through my emotions so you all know what this meant to me. 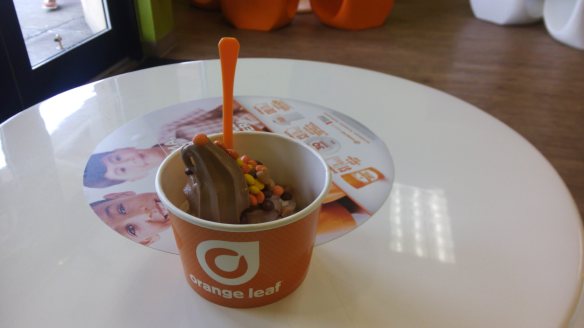 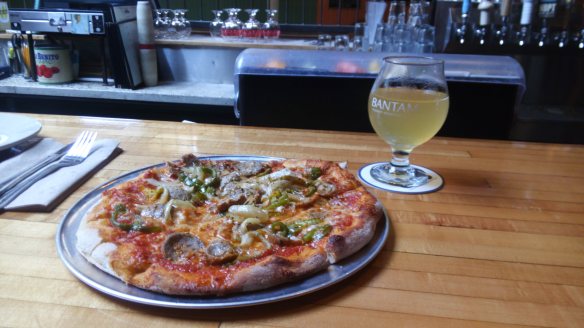 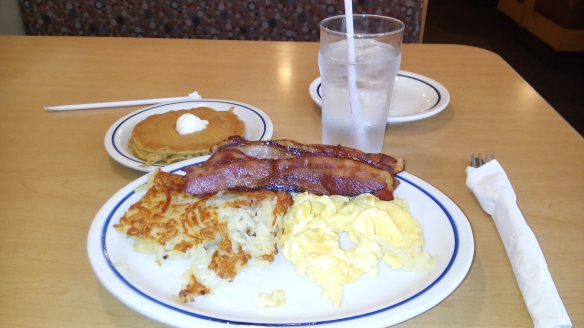 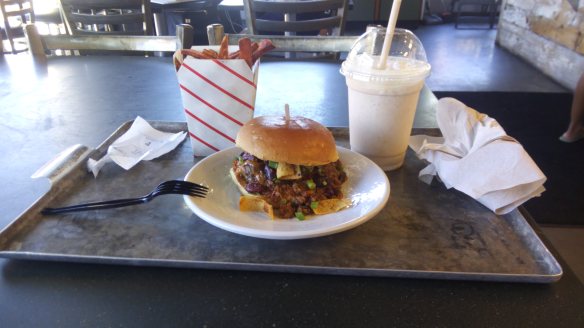 Again this isn’t to flaunt the relationship or a way to say “hey in your face” because I don’t feel any of that malice towards her. All of this is more about me than it is about her. This is about me attempting to kick my pain right in its face. If I didn’t do it now then it would forever eat at me and that last thing I want is to walk into a new relationship with baggage from the old. Some days it still hurts, finding a good woman who will love an Autistic guy unconditionally is about as difficult as digging in the bio hazard box of used needles for treats. It’s messy and you always get hurt. I’ll admit my self esteem has taken quite the hit as well. People tell me I’m a wonderful guy and that I’ll make someone really happy. If that’s the case then why don’t I have a line of women waiting to date me? Nice guys like me are about as out of style as pogs, razor scooters, Furbies, Robo Chi Pets, and Sprite Remix. Who knows, maybe luck will change, maybe it won’t. All I know is I’m back to square one and have no idea where to go. Though I still hurt at times I have no malice in my heart for my ex, I never have and I never will. She did the right thing by being honest to me and herself about how she felt and for that I commend her bravery. Hopefully one day these wounds won’t feel as fresh and we can go back to being friends. If she called me at two am and needed someone to talk to I’d be there. I’m not hung up on her or anything, I just have too big of a heart for my own good. Well I hope I didn’t bore you with my sappiness. I just wanted to take you through a healing process and let people know that if you feel that you’ve cornered yourself into a glass prison, there’s always a way out but, it starts with you facing your pain instead of running from it. To the people I’ve lied to for the last few months with how I’ve truly been feeling, I’m sorry I lied and that’s not me at all. You all deserve better than that. Stay classy people…

This site uses Akismet to reduce spam. Learn how your comment data is processed.